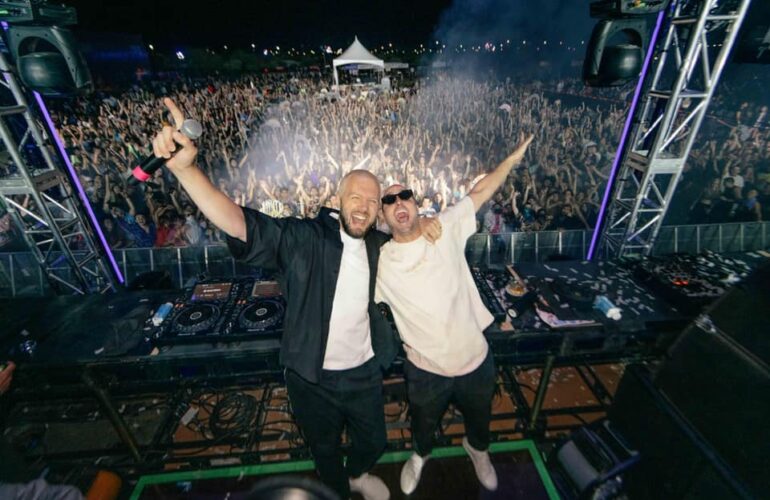 How The Music Industry Is Bouncing Back From The Pandemic

The coronavirus pandemic has had a profound impact on all aspects of our lives including the music industry. All of a sudden last year, live and in-person events grinded to a swift halt, leaving many out of work. Festivals and conferences were canceled, smaller music venues closed permanently and many artists delayed planned album releases and tours. There were some positive developments, however. The time off gave artists the opportunity to work on and release new music, virtual performances hit an all-time high, and online platforms like TikTok where tunes are an essential part of making videos thrived. Artists like Justin Bieber and Ariana Grande; Queen and Adam Lambert; and Twenty One Pilots released songs that benefited good causes. Zoom performances and live stream sessions became popular, and it became a major way for fans to stay connected to their favorite musicians. Dua Lipa and BTS saw success with their virtual concerts. In fact, BTS’s record-breaking pay-per-view concert in October sold around 1 million tickets, TIME says.

There is a light at the end of the tunnel as life starts to get back to normal. Performances are being held in person again including some big music events coming up like Lollapalooza, Bonnaroo, and Governors Ball. Artists like Elton John, Lady Gaga, Kiss, Machine Gun Kelly, Maroon 5, and more are starting up tours as well this summer. In 2019, the live music industry was worth over $20 billion, a rich ecosystem of artists, venues, ticket sellers, production companies, vendors, and travel operations, according to TIME. With in-person venues silent for over a year, live streaming and virtual concerts became the default. Even with live performances coming back, online events are not going anywhere. Verzuz, the hip-hop and R&B battles webcast series devised by Timbaland and Swizz Beatz has attracted millions of viewers. Versus was introduced during the pandemic as a virtual DJ battle with the two creators first appearing on an impromptu Instagram Live in March 2020. Each show consists of two challengers in the entertainment industry who compete with their best hit record. The first three Verzuz matches surpassed 1 million views and led to an increase in music sales and online streams. The second season began in November 2020, and in March 2021, Versus was acquired by TikTok competitor Triller. As part of the deal, each of the artists who have appeared so far have received equity. Timbaland says there will be a hybrid of live and digital events in the future, and that’s what others in the music industry believe too. Ian LaPlace, a former venue booker and co-founder and head of talent at First Tube Media, discusses in the same TIME article how he is building a live performance series leading into music festivals that will blend the two. A fan can scan a code at a festival that will give them further access to the artist who is playing while live-streaming the festival can multiply the audience and attract viewers from around the world.

Streaming services like Apple Music and Spotify have become a popular way to get your music and show no signs of stopping. Revenue in the global music industry last year actually reached its highest level since 2002, partially due to paid-for streaming subscription services like Spotify, Apple Music and Deezer, according to Financial Times. In fact, total revenue increased by 7.4 percent to 21.6 billion in 2020. There’s also Bandcamp, an internet music company that allows artists and labels to upload music and control how they sell it. During the pandemic, the platform started up Bandcamp Fridays, a day when its revenue share on music and merchandise are waived, giving money directly to the artists.

TikTok continues to play a big part as the music industry bounces back. In 2019, the app saw a shift in trends from memes and trends to music discovery, according to Miami Student. Songs like “Say So” by Doja Cat and “drivers license” by Olivia Rodrigo were consistently used as sound on videos during the pandemic, and it’s a place where both new and old artists can express themselves. TechRadar talks about how TikTok is changing all the rules, and while it can be hard to predict which songs will go viral, older tracks, tracks by unsigned artists and abstract remixes reign supreme according to TikTok’s algorithm. TikTok has also recently announced a string of licensing deals with all three of the major labels — Sony, Warner Music and Universal Music Group. That will mean a new revenue stream for artists, and those who have songs on TikTok should hopefully be properly paid.

The pandemic for all of its tragedy has also forced the music business to innovate and has enabled fans to enjoy music and their favorite artists in new ways, and here’s to seeing it recover completely.

Explore what the world is searching. Enter a search term or a topic.

Get an estimate of your project’s time and costs.

CONTACT NOW
Looking for studio time?
We got some openings!
We are